The last stand of a generation

We live in three parts of a jigsaw,
The first is us alone,
Then all the things around us,
And our peer’s we cant de-throne.

We are prone to be abused by them,
And the tax men are so brave,
Taxing this and taxing that,
Even when we’re in the grave

They tax the ground we walk on,
Our food they mess about,
They force new laws upon us,
And leave us all without.

Our peer’s have no morality,
They show us time and again,
And if we stand to shout out loud,
We are dealt such awful pain.

This problem isn’t new,
It as old as life itself,
It’s about children going hungry,
And the greedy hoarding wealth.

We have a chance to change this fact,
And take it as our fate,
We’re here to demand our freedom,
Before it’s all too late.

Three thousand years of humanity,
Sheeple all around,
6 billion aspirations,
Like tarmac on the ground.

Six billion souls to pave the way,
For the wealthy and our peer’s,
To live in diamonds towers,
And revel in our tears.

This is the final conflict,
It’s our choice whose path to pave,
The path of saddened slavery,
Or the rights existence gave.

Only you can give away,
The right that you should save,
The right to life and happiness,
Until you’re in your grave.

A curse on you

2000 years of religious lies
Written by the chosen few
Chosen by themselves of course
And such a curse on you.
Jsa©

It is said that an artist will find beauty

No matter the view his eyes behold

For a poet and philosopher

The same cannot be told

For the poet his eyes

Must see the truth

His ears must hear

To show you the proof

The empath can feel the narcissist

The child a predator’s mind

A poet must use all senses

Or end up writing blind

Of all the arts

The poet feels the most

As each poem comes to an end

He always carries its ghost

The bitter sweetness life plays out

So many people hurting

And the poet feels their cries

THE CASE FOR A HOUSE OF REPRESENTATIVES TO PROTECT THE PEOPLE FROM THE ACTIONS OF PARLIAMENT AND THOSE WE EMPLOY THERIN
If I ran a company that had left 119,000 customers dead, I would be hanging from the tower of London,
it is a fact that the DWP employ several private companies who do abuse the human rights of British people under the authority of parliament.
If I aided and abetted a grooming gang in the ranks of my friends and colleagues, by covering up their criminality against children, I would be arrested and put on trial,
it is a fact that parliamentarians are converging up the offences of many friends’ colleagues and peers with the OFFICIAL secrets act.
If I was holding the cure for a new bubonic and refused it to the people of our country, I would have the cure forcible removed from my persons by parliament, it is a fact that parliamentarians are holding the cures for many of the 260 different cancers.
If I sell one gram of cannabis on the street I will get arrested and jailed under the misuse of drugs act, it is a fact that parliamentarians are connected with the growing and sale of over 60 tons of cannabis a year with government approval under the auspice of medical research.
If I teach a child to masturbate, I would be arrested for child abuse, teachers are teaching much worse to infants and under government authority, not the authority of their parents.
If I persecuted someone to the point, they self-harm and/or kill themselves, I am arrested and put on trial, employees of the DWP do this daily under the protection of parliament.
If I take the possessions off of someone and they die of hypothermia I am arrested and go on trial, police officers and council workers have removed homeless possessions, and many have ended up dead.
If I avoid taxes, made false expenses claims, rob banks, abuse children, commit human rights deaths, etc etc etc, in short if I did even a fraction of what our parliamentarians do I would be doing 50 years in jail with no Xbox or parole.
The fact that there is NO criminal offence the people can bring against our whole parliament over covering up child abuse with their office must the principle driving force for the people to police their OWN authority.
The police cannot protect our right to life if parliamentarians decide more forced austerity, so our people die without a murmur from their own representatives.
If I represent you and my actions or policies cause your death……………….. I’m sure you are getting the point.
Without a house of representative, staffed with people taken from our electoral list, to protect the people and our authority from being abused by parliament the criminality and corruption that is our representation will continue. Jsa 14/03/19 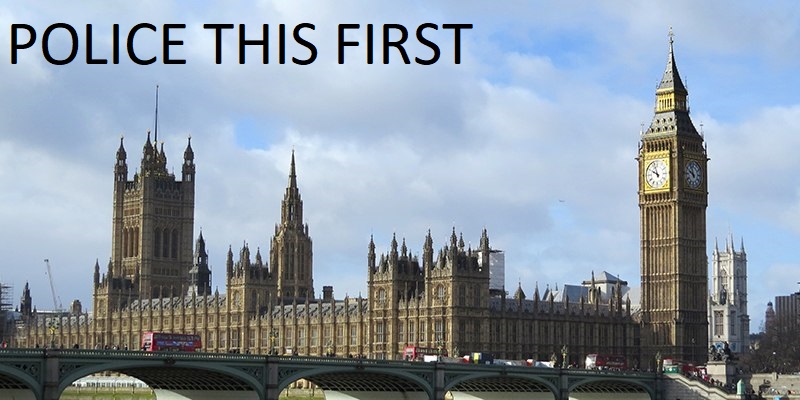 BBC IGNORE REAL NEWS FOR BRITEXIT, THE SAME SPIN TIME AND AGAIN AS THEY IGNORE WHAT IS GOING ON THAT REALLY WILL EFFECT US ALL.
SYRIA TELLS ISRAEL TO LEAVE HTHE GOLAN HEIGHTS
Damascus’ firm warning appears a response to a controversial bill recently under renewed consideration by US Congress, co-sponsored by Republican Senators Ted Cruz and Tom Cotton, and Democratic Rep. Mike Gallagher, which aims to give formal US recognition of Israel’s sovereignty over the Golan Heights region.
https://youtu.be/_nyC5hoScBk

INHERENT CRUELTY AND ASPIRATIONAL DOMINANCE; WILL WE EVER EVOLVE PAST THIS?

In the last few years, as an activist, I have covered many different “human” issues, from racism to genderism, from scots independence to policing parliament by the people, in all of this whilst writing about these things, the psychology of it all has to be questioned, is this really us, as a race, without control, are humans inherently cruel?

As a child of the care system I understood cruelty, I understood the destruction of children faced with unadulterated violence cruelty and sexual depravity, seeing all of this same cruelty concerning a large proportion in the ranks of our lords representatives and peers just clarifies the point that cruelty goes across the board for people with power or any form of control.

In the middle of these two periods I worked at everything from soldiering to some very questionable work helping people, from running a domestic violence unit to city centre security, as you can see the commonality is cruelty violence pain and hurt.

I have experiences torture normally reserved for adults and felt the little deaths of unconsciousness and the self-hatred for becoming awake and conscience.

In all of this I did not survive solely by using the predatorial skills I was so forcefully taught, the cruelty and violence did not come easy to me, but skills are skills, no matter how ugly.

And it is the ugliness of these human actions, committed in the name of many different excuses, that needs to be considered if we as a race are ever to get past the lies of modernity and humanity, for in our modern, internet run world, we are neither.

The facts speak for themselves, the predators start at the top of our modern society and the minions below get a certain amount of leeway in their brutality, so long as it does not disturb the masses too much.

The upper echelons can hide their brutality and inhumanities with everything from the official secrets act to destroying the evidence and survivors with the apparatus of the state, the lower minions take the bigger fall (for them?), many of them “” looked”” after, before, during and after the fact.

For me, this is not a horror story, it is a reality I leant many years ago looking into the eyes of the man torturing me, I was 13/14 in Eastwood park detention centre, I screamed at him through such blinding pain “why are you doing this”
He looked right into my eyes and said, “because I can”.

Until this mind set of “because I can” is challenged, we will always be here, and in another hundred years someone just like me will do this again……………
jsa

This is a text widget. The Text Widget allows you to add text or HTML to your sidebar. You can use a text widget to display text, links, images, HTML, or a combination of these. Edit them in the Widget section of the Customizer.
CITIZENS GUARD
Blog at WordPress.com.
Loading Comments...
Comment
×